She was charged as a First Secretary for the Political Affairs, Press and Communications, attached to Education  and Research, for Community life and the Romanians abroad. In 2003 she was invested in the promotion of a European program   carried out by UNITER and supported in France by the Cultural Agency Lizarine. (La memoire des passeurs realized by Anca Berlogea and Dragos Galgotiu).

The launching of film carried out by Anca Berlogea took place in the Great Reception Hall   of the Palate of Bhéague (Salon d’Or) , in Paris, with the collaboration of François Xavier Tramond (Director of Lizarine Agency) . She  organized press conferences for the official Romanians in visit has Paris.(See Events)
She organized the exhibitions of painting and sculpture of Radu Feldiorean (to the CAPE “Maison de Radio France “Paris  , (November 2004) and of Mihai Bandac (February 2005) and the exhibitions  of visual art to the Town Hall of Asnières sur  the Seine with the collaboration of the Town Hall of Asnières on the Seine and Association Sever Dron.

She participated  of  the activities of the Club Grande  Europe, Foundation Ithaka, Europe 2020, Centre Europe, Paris Cellidea IPSE, and of the ENST Bretagne.

The Association of Friendship of St.Leu La Foret

Club Grande Europe
Congers of the Executives Romanians in Paris Club and  the Council of  for Romania in Paris.

Consulting for “Studies of the audio-visual landscape and the public policies of the country “carried out by IMCA for the European Commission, Directorate-General Education and Culture, March 2004. 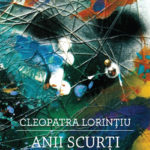