Born in Nasaud,(Bistrita Nasaud country) the unique child in  a modest family, Cleopatra Lorintiu grows up in the mountains atmosphere of Somes Valley in Bistrita Nasaud country, in the north of Transylvania.She will write after years about this place where the history and the literature are so important for all the people,  in her future  book : There is a clear place, essay – writing, published in 1989.

Her first poem appears in 1972 in the literary magazine, during her studies at the college “Liviu Rebreanu “in Bistrita .   She has her scientific school graduation with praiseworthy diploma in 1976.The place of birth  had its importance in her literary inspiration. Later , she’ll write about it: “My soul is wathched by a tower.Around, a strain of lids. Mourning joy with turtle-doves.//The Middle Age is hidden somewhere/between two bricks maube/in the mysterious joint of beam.//The light in a dream/(a shim from the Moon?)it is almost matchless/a wound, a rune…” (Melancholy of Bistrita)

Her meeting with the professor N.N.Constantinescu,an important  romanian economist , during a national contest for social sciences, change her route.

She studies political economy and cybernetics, advised by her great teacher and has his graduating in 1980, in Bucharest.

During her economic studies she published her first book of poems The Queen of Stolen Steps Dacia Editorial House 1978  ( Cluj- Napoca.)

During her visit in Poland, in 1979 with others Romanians young writers she met the polish poet Artur Miedjijetki, who told her about his literary experiences in “International Writers Workshop” in Iowa City USA.

She became to publish articles, poems, short stories, critics and literary interviews in the literary magazines.

She published book after book, novels, essays, short stories, poems even literature for children and became the youngest professional writer of The Union of Romanian Writersbut she couldn’t have a stable contract in media despite her successful career: During the anti-cultural campaign of the brutal communist dictatorship, the communist censorship was to strong.

In addition Cleopatra Lorintiu wrote numerous articles in many magazines, tabloïdes and reviews for many of the largest periodicals of her days and has a career in broadcast

After the Romanian revolution and the failed of communism she‘s columnist and free lancer for Romanians abroad. In Chicago (Illinois) she is producer and the hostess of a weekly program Romanian Soul, for Ethnic Channel 32, for two years.

In Romania, after 1994, she s reporter, great reporter, TV director and scrip-writer, producer and reporter, chef editor for a Redaction for Abroad TV productions. She created a publishing house Luna Editorial House, a Cultural Foundation (Gh.Tomozei in the memory of the writer and poet  )and she was the editor of a Literary Suplement for the Economist, (named ECART)a daily newspaper in Romania 1998-2002.

She worked in public relations, interested by alternative therapies, collaborations withCentre for Human Evolution Studies in Rome, UNESCO Conferences, and Burda in Romania and Pharma Nord in Denmark. She published a book about The Coenzyme Q10.

Perpetually interested by the geopolitics, she published studies about the Arab World . She write also for the on -line review Newseuropeens,for the magazine “Vatra Veche” from Targu Mures (since 2009)

Between 2002-2006 she‘s diplomat for political affairs, media and communications, research and diaspora  in Romanian Embassy , in Paris . 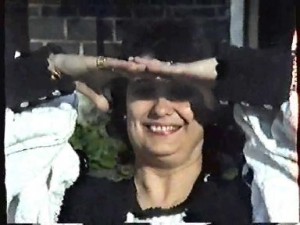 After 2007 she became a series of tv documentaries about Islam, diffused on the public television .She obtain The Naji Namann’s prize for Literature in 2010.She is producer and director of a tv emission on TVR3 chanel of Rumanian television.

Director of emissions for TVR2″ Identities “.

At the moment she is corresponding of the Observatory of geopolitical Studies from Paris,  in Rumania and chief editor of the journal ZAMAN ROMANIA in Romanian.
(OEG is a French association, which has the aim of contributing to the promotion of scientific research in the various fields of geopolitics. This Association publishes the reviewEtudes Géopolitiques ( Geopolitical Studies).