Cleopatra Lorintiu appears to the public under several facets.  She is a Romanian writer, poet, journalist, TV producer, reporter, columnist and she was also in the others domains like diplomacy, editions, public relations, and non-governmental topics. It is a common denominator her atypical itinerary and also strong respect of principles ideals and convictions. 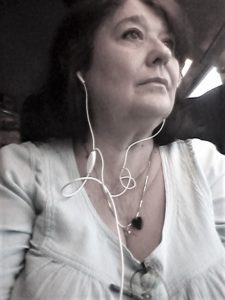 In her artistic documentaries for TV or radio broadcast, on subjects of big interests or unusual issues, in the TV broadcasts for the Romanians abroad, produced and realized as freelancer and producer of a weekly broadcast for the native Romanians in Chicago, USA, for the Romanian public Channels TVR1, TVR2, TVR I, in her reportages or sketches of atmosphere, portraits of the personalities or literary reports, Cleopatra Lorintiu strewed metaphors, poetic or playful senses, a humanist message and the trust in the long-lasting cultural values.

During her youth she has written extensively on childhood and children’s readers: the compass was turned towards the world of wonderment and discovery of feelings. The tales, stories published in magazines, in books, staged in theater performances on the radio, or chosen by the authors of textbooks often remained in the memory of young readers.

On one account to another scum of course the small kingdom of childhood, with his questions, his unspoken things, his overtures to the world. It’s time to the prose that begins: news, stories, and novels, even the circumstances are not always favorable. The novel „Abandon”, written and redone four times during the ’80s, under the gaze of the pitiless censors of the day did was never published, is included under the new title „Someone in the past” and other waiting in the drawers they are published. Journalism is still coming soon to the public: the interviews and confessions, literature memories.

She published the books:

The Story of the dragonfly, novels for children ( Libeluliada) Ion Creanga Editorial House,

The landscape of my absence – poems „Cartea romaneasca” Editorial House,

The Little Girl I used to be – novel, Intact Editorial House 1992

A Supplementary Light – essay and interviews

The vocation of the lonely way( Editorial House Carpathica) 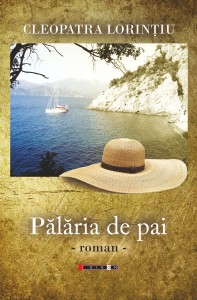 There is a distinct place ( second edition),Charmides Edition,2016

”A pandemic conversation. Two different people, who establish a consistent and noble dialogue. Various, sensitive topics. Personalities evoked with love. Nostalgia, sadness, combined with joy and hope.
In a nutshell, this is a book about the unforgettable, a moment of upliftment and peace, about past and present times. And, why not, next.”https://carturesti.ro/carte/despre-ce-nu-se-uita-1116036401 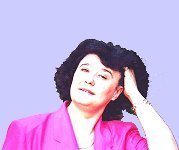 ”The expressiveness, the science of balance between introspection and the counterpart of the real, the availability of an imaginary always on the alert, able to settle in refined, dense compositions, through the gravity and diction of problematization, seem to be part of Cleopatra Lorinţiu’s talent formula.

Debauchery, sudden lucidity, awakening in a cold, abusive exterior, abandoned by mystery. The verse itself becomes a clear notation, a hallucinatory cut-out, a kind of stop-frame of truth. Trapped in the network of nuclei of semantic disillusionment, Cleopatra Lorinţiu’s poetry is becoming more and more Montalian.( inspired by Italian Poet Eugenio Montale). Through more and more virtuosity or through an effort of thought, the poet takes part in an essential meeting. With himself, without mercy, sharing with readers an existential and poetic adventure of European scope”(Geo Vasile) https://scoalaardeleanacluj.ro/shop/%C8%98coala-ardelean%C4%83-de-poezie-c-147/anii-scur%C8%9Bi-antologie-19762018-p-389.html

”The poet – a sensitive being – records everything with a butterfly radar, which helps her to avoid gracefully contact with the too-concrete, to which the regime of evanescence is preferred. That is why even the feeling of annoyance, which seems to be the most radical state of the psychic complexities of the heroine of these poems, reaches the sound-filtered reader through successive curtains – snow or fragrant effluvia – or through a languorous cloth that spreads easily. This evanescence reaches forms reminiscent of the symbolist anemias at the moment when the poet – supreme levitation in reality – has the feeling of „the landscape from which he is missing”. (Cornel Regman)

She  recived Price of APTR (Association of the Professionals for the Television of Romania) for the documentary „Stefan Augustin Doinas” (Romanian poet) Excellence in the culture, 2001 (See https://www.academia.edu/49088209/Cleopatra_Lorin%C8%9Biu_O_singur%C4%83_zi_Dar_de_ce_tocmai_ea_despre_Stefan_Augustin_Doinas

In 2002, the film about the poetry of Odysseas Elytis was diffused during „The international meeting for women and peace made by Pact of Stability in Thessaloníki”, Greece.

In 2004 the film “Hobita, a state of the heart” on the life of Constantin Brancusi, was diffused during the festivals of the University of Nantes” France and by Poland National Broadcast.

She realized documentary about the personalities of the artistic life as opera singers artists Mariana Nicolesco, Marina Krilovici, about sculptors and painters like Ion Vlasiu, Ion Sălişteanu, Gabriela Manole Adoc, Elena Boariu about writers like Stefan Augustin Doinas, Romulus Vulcănescu, Gheorghe Tomozei, Tudor Opriş.The meeting with personalities of contemporary history like Manole Filitti or the princess Alexandra Caragea, the famous botanist Ovidiu Bojor, the conductor of Wien Orchester Gert Hoffbauer, the Italian artist Gribaudo or the photographer Eddy Novarro has been the point of departure for movies or pages written.

She made documentary films that evoke the personalities of the ballet scene, as Ileana Iliescu or Gabriel Popescu. He was a reference for the ballet in Romania. Famous Carla Fracci and Marcia Haydee studied with him, a friend of Nureyev , he danced in Balchoi Theater awarded First Prize in Moscow, in 1964, choreographies in Berlin, France, Great Britain, Suisse, Italy.( The Gold and the dust of the stage, documentary, 2001)

In July 2011 she received the Special Jury Prize in the Festival for the documentaries DOCUMENT.ART.XV The 15-th International Festival of Film on Art, Ecology and Tourism July 18-21 Campulung Muscel for the movie ‘The Letters from beginners” dedicated to the teacher and writer Tudor Opris.

In 2012 AWARD for a cinematographic portrait:„Benjamin Fondane, our Tragic Ulysses”.

At the fragile border between journalism and literature, she began a series of portraits, testimonials on one time on people who have given value to their lives, people who have established themselves in the collective mind as the values and examples. Her interest for nongovernmental topics in modern society, for international policy and geostrategic issues, for public relations, and the four years as a diplomat in Paris (2002-2006), complete an itinerary still dynamic.

Cleopatra Lorintiu was a diplomat of the Ministry for Foreign Affairs of Romania at the Embassy of Romania in France, between 2002 -2006. (First Secretary for the Political Affairs, Press and Communications, attached to Education and Research, for Community life and the Romanians abroad.)

Like former diplomat, https://cleopatra-lorintiu.net/en/diplomacy/she was corespondent  for  the Observatory, Geo Strategic Studies in Paris, expert of CMIESI Morocco,

correspondent of ” Geopolitica Review”, a journalist at National Broadcast Television in Romania, and Chief editor of the ZAMAN ROMANIA( Romanian edition of the Turkish Journal) between 2013-2016.

Member of Advisory Board of Intercutural Research Center, Lumina University of southeast Europe. She heads The Francophonie Departement and the Communications and CCERPA Think Tank and Chief editor of the Magazine „Romanian/Arabic Cultural Horizon, publishd in 26 May 2016.

She was the moderator at conferences on topics such as The Freedom of Expression in Democracy (12 October 2015 National Institute of Statistics with International Cultural Dialogue and Global Intelligence News ) or The Freedom of Media ( 2015) University of Journalism, Hyperion.Bucharest.

She participates in debates about European Dialogue Mediterranean ) 2014 , Senate of  France with  AFACOM)

Other activity: Diplomatic activity in Romanian Ministry of Foreign Affairs  like a diplomat in the Romanian Embassy in Paris(2002-2006) and Diplomatic Counselor as deputy Director in Romanian Cultural Institute in Tel Aviv( 2018-2021).

The short years, here they have come /The old meanings  unfolded by themselves/ All that strength in vane./ The meaning I had lost /The false meaning, disbanded /The frail heart. /Reality, how queer /The compact cold. And the memory, stripes, stripes./ Feathers flying from an old pillow. /Take a step and you ram The unseen wall./You reach out with our hand and recover it bloodstained.

(from “The Terrace with the bay-trees “- poems – Dacia,1985  Translated by Zorin Diaconescu

Personal Life : Between 2006 and 2010 she was married to the French photographer Bernard Brumberg (1952-2014) .The premature death of Bernard Brumberg (Bucharest, March 1, 2014) following a severe illness, left immense sorrow in her heart. 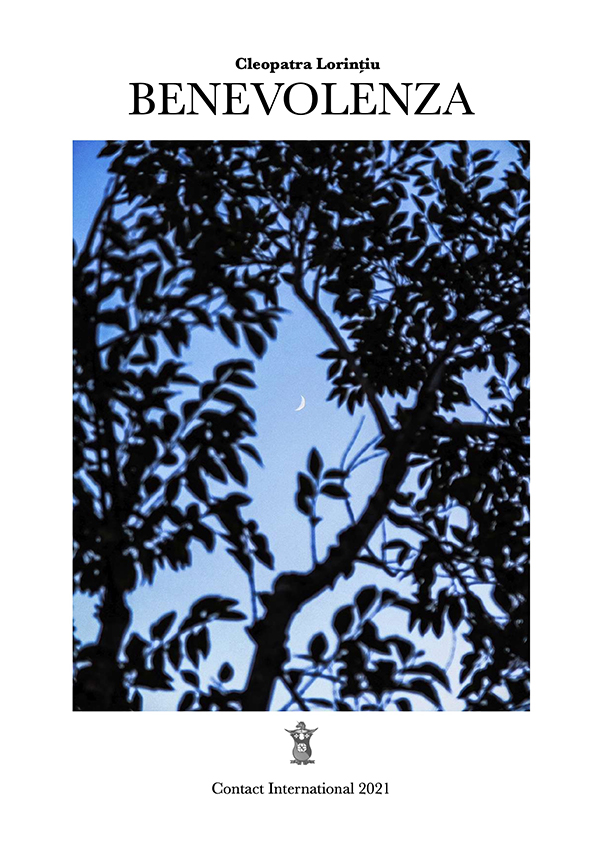